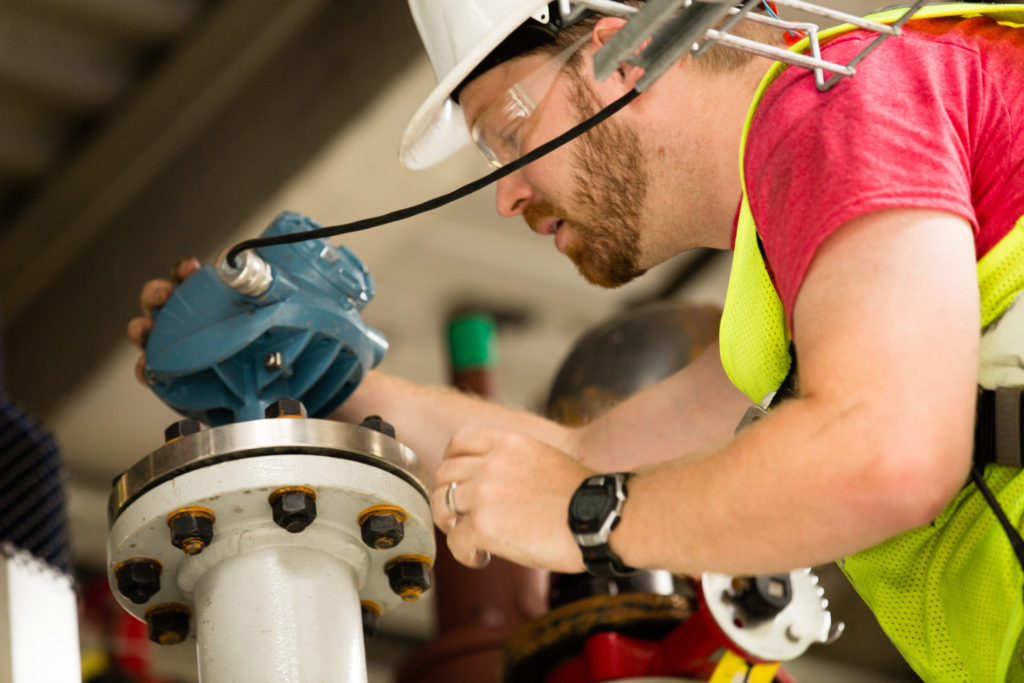 Coal preparation plants use froth flotation to recover particles that are less than 150 microns (100 mesh) in size. In this method, rising air bubbles are percolated through a slurry of coal and fine rock particles (“ash”). The hydrophobic coal particles, which have been pre-treated with chemicals, are attracted to the bubbles, rise to surface and are skimmed off. The clays and other ash contaminants are hydrophilic and remain in the water, with the mixture sinking to the bottom of the flotation cell for disposal. The attachment force of the hydrophobic coal particles to the bubbles is relatively weak, so recovery of the fine coal is relatively inefficient.

The HHS process uses a light oil, to which coal is naturally attracted, to coat the coal particles. These particles are then attracted to others and they grow into larger groups, forming agglomerates. The attraction force of coal to the oil is much greater than that to the bubble, thus agglomerating coal results in more of the coal being recovered as well a wider size range of particles, and as small as a single micron or less, being recovered. The lighter-than-water agglomerates float to the surface and, like flotation bubbles, are skimmed off for further processing. At this stage, the recovered agglomerates, which contain trapped water within them, are very high in moisture and contain mid-teens ash (which follows the water), are not marketable.

In the next step, MRC’s breakthrough patented HHS technology is able to break the bonds holding the trapped water. This released water is then drained leaving an oil-covered coal with single-digit moisture and ash content. This is sent to a vacuum filter to recover most of the oil, then to a low-temperature evaporator to recover the remainder of the oil, leaving dry coal as the final product. The net result: additional recovered coal fines with lower ash and moisture content than has heretofore been possible.

Here is a simplified schematic of the HHS process: 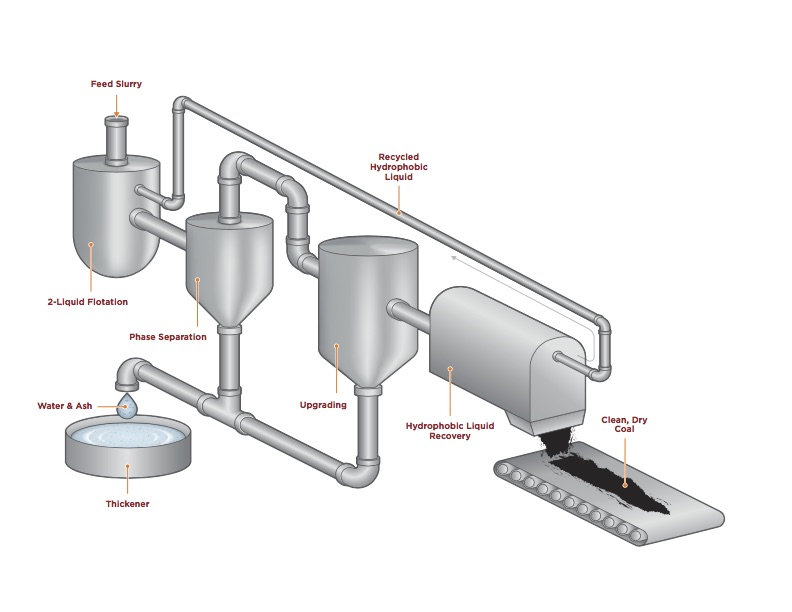 MRC’s hydrophobic-hydrophilic separation process has undergone 1200 hours of field testing for the recovery and dewatering of ultrafine coal particles that were being deslimed and sent to the thickener for disposal.

The pilot plant that was located at a coal preparation plant in Southwest Virginia successfully upgraded <45 µm (<325 mesh) deslime-cyclone overflow and recovered the coal as a high-quality product. The slurry feed averaged 58% ash, while the final HHS product was in the range of 4-to-4.5% ash and 5%-to-9% moisture. That compared to an overall quality of 6.5% ash produced by the preparation plant.

Safety is the highest priority for MRC. All commercial HHS plants will be equipped with numerous safety features. Most notably, the HHS Process is performed under a nitrogen-inerting atmosphere.