According to the National Resource Council, U.S. coal companies discard 70 million to 90 million tons a year of finely-sized coal that preparation plants can’t economically capture with flotation using the current state-of-the-art technology for recovering fine particles. As of 2005, an estimated 500 million to 800 million tons of coal fines were held in impoundments across the country. Worldwide, the tonnage of wasted coal measures in the billions.

Likewise, the ore mining industry loses millions of tons a year of copper, lead, zinc, silver, and other valuable ores in throw-away tailings.

Mineral Refining Company (MRC) has developed an innovative, patented process to economically recover ultra-fine particles of coal and minerals that are currently disposed of as waste.

Minerals processing has historically used mechanical separation techniques and flotation to separate impurities from valuable minerals. These techniques are effective for particle sizes greater than 10 microns for metallic ores and 45 microns for coal. The MRC Hydrophilic Separation (HHS) process can economically recover particles too small for flotation and deliver them as a single-digit moisture product. 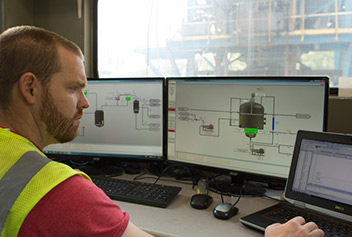 Our patented technology developed at Virginia Tech exploits the differing surface physics of oil and water to separate ultra-fine particles of coal and ores from waste rock. 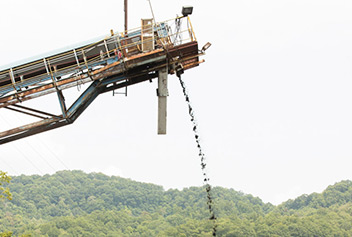 How HHS can generate revenue and cut costs

By capturing coal and metal fines that otherwise would be wasted, the HHS Process generates new revenue, improves plant operations, and extends the life of slurry ponds. 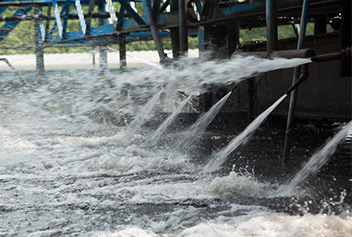 How HHS benefits the environment

Billions of tons of coal fines are impounded with waste rock because there is no economical way to extract them.  The HHS Process can take the black out of the waste stream.