In the coal industry, tens of millions of tons of fine coal particles are discarded annually to refuse ponds 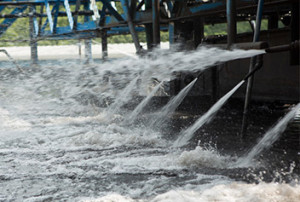 (impoundments). The use of HHS can reduce the volume of material being deposited in waste ponds by 30% to 70%, both decreasing the need for additional impoundments and increasing the amount of coal available for sale from existing production.  Additionally, HHS can recover coal that was previously sent to an impoundment, further extending its life.

HHS also may make it possible to eliminate thermal dryers, thus conserving coal and testing of impoundments has shown that coal which has been continuously moist retains its hydrohobic properties for decades, allowing the coal to be recovered by HHS reducing carbon nearly eliminating fugitive dust emissions. With HHS, moisture in fine and ultrafine coals can be “dialed in” to the desired value and can be kept in the single digits. Blending low-moisture fine coal with other coal can further reduce the need for thermal drying.

In certain instances, increasing the quality of the fine coal by reducing both ash and moisture will allow gravity to be raised in other sections of the plant, once again reducing the amount of material being sent to the refuse pile.